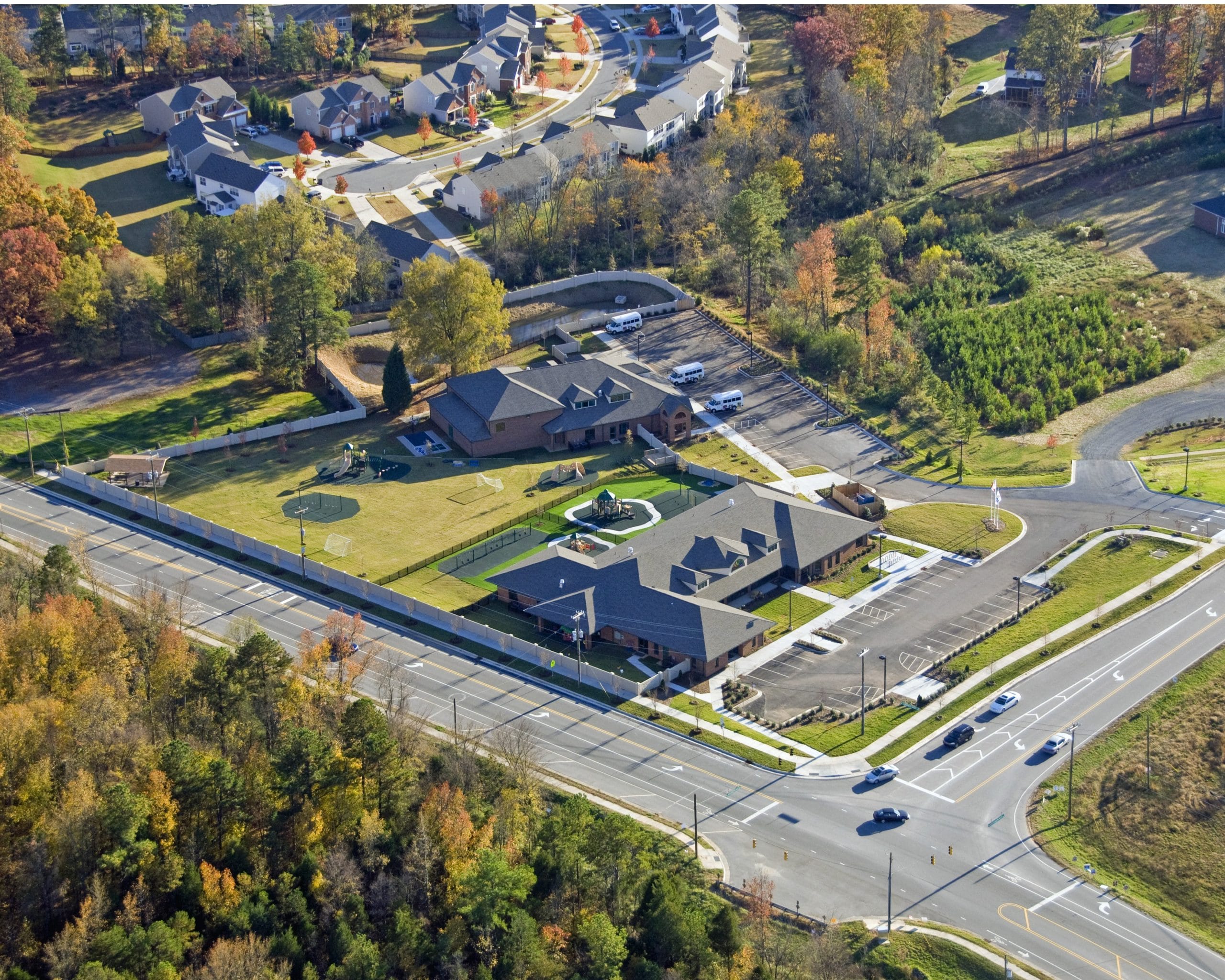 Southside has once again partnered with childhood education franchiser Rainbow Station and ABL Architecture and Design to construct another new educational facility in Charlotte, NC. The project consists of Rainbow Station’s patented two-building design to accommodate both preschool and after school programs. The main building is a 14,000 square foot Preschool, Nursery School and The Get Well Place. The other is an 8,200 square foot building for after school programs called The Village.

The Preschool includes childcare facilities separated by age group ranging from infants and toddlers to 4-1/2 years and each age group has its own classroom and training facility. The most distinctive portion of The Preschool is The Get Well Place which is a nurses area designed to care for sick children in independent care rooms designated for various ailments including the Whoozy Station and Sniffle Stop to prevent cross contamination of illnesses. The Village is the adjacent building to the Preschool and serves as Rainbow Station’s after school and summer care facility as well as a “Mommy’s Day Out” half day program. It is set up to resemble a movie set inside so that children feel they are playing inside an actual city-like village. Interior facades are constructed out of wood framing and covered with drywall, cedar shingles, paint treatments and faux finishes to simulate a charming village including windows and working doors to the individual areas for study and play. The back half of The Village houses a gymnasium with basketball courts, volleyball net, and storage closets. The exterior playground is most impressive with an exterior basketball/4-square court including a hopscotch layout in the rubber surfacing. The play area is over two acres in size including the soccer field.

Rainbow Station, which was founded in 1989, provides quality early childhood education and after-school recreation programs, programs concerned with all aspects of the child’s growth and development: physical, social, emotional, and cognitive. Southside Constructors, Inc. and Rainbow Station have formed a strong partnership that will continue to grow with additional franchise projects coming in the future.